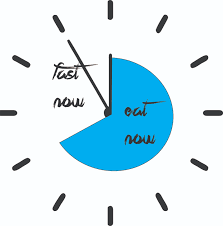 In this video Dr Rhonda Patrick and Dr. Satchin Panda discuss what ‘Time Restricted Feeding’ is and the benefits it has for the body. The video goes for 90 minutes but there is some great information in there. If you don’t have the time to watch the video, check out my notes below

What is the circadian clock?
Every organism has an internal biological or circadian clock. This internal clock helps us differentiate the time of day. If it’s light, it’s time to work etc…

Why is it important?
Think of an animal that is active during the day. It must be able to tell when evening or darkness is coming so it can get back to its cave/burrow/whatever it lives in, and be out of danger.

We wouldn’t sleep indefinitely if we didn’t have an alarm. Our bodies are programmed to wake us up a certain amount of time (generally 6 – 9 hours) Similarly, our body knows when to expect food and when we need to be active (run from prey/work/hunt etc…).

Almost every organ has this internal clock and this clock helps the organ to perform at peak performance at different times during the day. The clock also tells it when to rest at night.

Are we born with a circadian clock?
No, when babies are born they do have clocks but its like they aren’t connected together. Around 6 months is when the development process of the clock starts.

What regulates the clocks?
There is a master regulator clock, the Suprachiasmatic Nucleus (SCN). This is a pair of small nuclei in the hypothalamus of the brain, above the optic chiasma, serving as the master regulator of circadian rhythm. This SCN maintains control across the body by synchronising “slave oscillators” which have their own rhythms and control circadian in local tissue.

With alzheimer’s, a person’s SCN can be damaged which means their internal clock is off and they may get confused about times and when to sleep or eat.

Light is involved in resetting our clock. This comes into play when the season changes or when we go to a different time zone. Jet lags takes a couple of days to recover from, but then we settle into a normal routine with the light time hours. Blind people can reset with the light even though they can’t see it. There is a light sensing receptacle molecule in the eye which is involved in resetting the clock that can be used by blind people. But someone who has lost their eyes cannot reset their clock.

The first bright light in a day is received by this molecule and sets the clock. This tells us to wake up, for our brains to be active. You need very bright light to start this process (10,000 LUX) and you need it for several minutes. Otherwise it could be activated by stars, moonlight, lightning etc… Exposing yourself to natural bright light in the morning can help your circadian clock. This is why it is beneficial to get outside first thing in the morning for some exercise.

At the opposite end, we need to minimse light at night to tell our body shut down and get ready to go to sleep.i.e.: not looking at laptop, tv, phones etc… this inhibits our melatonin production which is the sleep hormone. This can cause you to have a restless sleep which means you wake up tired or else sleep later into the day.

Cortisol (stress hormone) rises first thing in the morning to make us alert. You want cortisol to peak at times but not be active constantly. A study which had people in 10000 lux of light for 7 hours showed a decrease in the cortisol production later in the day.

Shift workers that change shift regularly basically go through jet lag all the time which is very stressful on the body. Exposing yourself to natural light is very important for resetting your circadian clock when travelling in a different time zone.

When we consume and digest food there is a very complex system working. Dr Satchin compared this to a busy city’s downtown traffic system with lots of lanes and traffic lights. Food gets broken down and shuttled off into different “lanes”. EG: the artificial sweeteners, colourings etc… will be shuttled off to be secreted, the protein is used shuttled to different parts of the body to help rebuilding. Not everything will happen at once. There is time for protein to be broken down, there is time for glucose to be made, there is time for hormones to be made etc.. and the timing is regulated by, you guessed it, the different clocks. If these clocks breakdown or work at the wrong time, it causes traffic jams or pile ups. The metabolism is then no longer efficient and we end up with metabolites and by products lying around which stress cells and can lead to disease.

But, food can train these clocks. The liver takes cue to express many genes from the light cycle (in humans). In an experiment with mice (who feed at night)they gave them food during the middle of the day. As mice are night feeders their livers take cue to work from the dark cycle. They found from the experiment that the mice that were feeding during the day their livers were turning on and working when they consumed food, the same way the liver of the normal night fed mouse worked at night. This showed the liver is cued by food intake more than light. They have since figured out that lots of other internal organs also take the cue from food, regardless of light.

This means that the timing of the first bite of food becomes very important as it cues for when the organs to start working. Time Restricted Feeding (eating within an 8-12 hour time period that begins with the first food or non water drink enters your mouth)

In experiments with animals, if there clock is off then things get  weird.

In one experiment, they got 2 identical groups of mice. They fed them both the same diet which was an unhealthy diet high in fat and sugar, and gave them both the same amount of calories. The only difference being one group had access to the food at anytime, and the other group only had access to the food during their normal feeding times, at night. Since time is restricted and calorie not restricted, hence the name “Time restricted feeding”.

The mice that had the time restricted window did not become obese or diabetic and had normal cholesterol. Which usually results from eating this sort of diet.

The mice on the time restricted diet had 70% less body fat at the end of the study! This is just from them eating at times when their liver is better able to work, they can control blood sugar better, they can better oxidize fat etc…

They also did experiments where they fed mice a healthy chow diet. The mice that had  time restricted feeding window had improved fat loss, increased muscle, and better coordination.

Why lean muscle mass increases from fasting is still a bit of a mystery.

The bottom line is, in experiments where there the only difference is a time restricted eating window, not calories or types of food, there is huge benefits.

They found that animals that were fed during a 9 hour period had improved endurance. This effect was not seen when the mice fed during a 12 hour window.

Endurance or aerobic activity requires mitochondria (cell powerhouses) for creating energy in the cells. Mitochondrial Biogenesis is the process by which new mitochondria are made inside cells. Many factors can activate biogenesis including: exercise, cold shock, heat shock and fasting.

Fasting
During fasting Ketone bodies are created. These are produced by the liver from fatty acids. These ketone bodies are readily used as energy for a diverse array of cell types. Basically this can help with fat loss.

During fasting our metabolism switches to use a different fuel source: fat oxidation Gluconeogenesis (protein), or ketones.

A lot of molecule and cell repair only happens during fasting.

The minute you start your metabolism and liver by the first sip of coffee or breakfast the clock starts ticking: you are insulin sensitive and can take glucose into the cells when you eat, when you finish your eating window, lets say 12 hours the metabolism slows down and you aren’t as insulin sensitive.

Intermittent Fasting
EG someone who eats in the morning, fast during the day then eat at night.

When fasting during the day you get the benefits of fasting, but the liver won’t be working as well at night when they eat the big meal.

Dr Satchin created an app for recording when people eat. You take a picture of your food and it records it(volume, type etc…).  Go to https://mycircadianclock.org/

They used this for a study 150 to record their eating habits. they found that 50% of people eat within a 15hrs cycle.
They asked 8 people of these people , who were eating for 14 hours or more and were overweight, to reduce their eating window to 10 -11 hours. They didn’t have to change what they eat or the amount they eat, just reduce the  window for which they were eating. They stuck with this for 16 weeks. At the end of the weeks they had lost around 4% of their bodyweight. they said they slept better and felt more energetic in the morning. They found that people ate 20% less calories, without being asked. So it is hard to say whether time restriction alone is the factor for losing weight. But it  also shows that it is a good way of reducing calorie intake, without effort being put into reducing calorie intake.

Also, this shows that there is different times of day where people eat or drink different foods. EG: you are more likely to consume alcohol and deserts in the evening, so if you are restricting your eating to the day time you won’t be consuming these foods as much. So the restricted eating window can improve the quality of food in our diets.

You can sign up for the app and be part of the research on the website.  It will sync with HealthKit and Google Fit.

Study using Fruit Flies
In this study they gave 1 group access to food for only 12 hours during day time, and the other group had access for 24 hours, but both groups had same amount of calories. (surprisingly fly hearts are quite similar to human. they age in a similar way getting dilated and weaker with age). They found that the flies that only eat for 12 hours their hearts did not age or develop heart disease as quickly. The flies also slept better when only eating for 12 hours.

Bile acids are also very important for health. They emulsify and assist in the absorption of fat in the gut. Bile acids, both in liver and the gut, are better managed  with Time Restricted Feeding. This lead to a decrease in cholesterol levels for some research subjects. 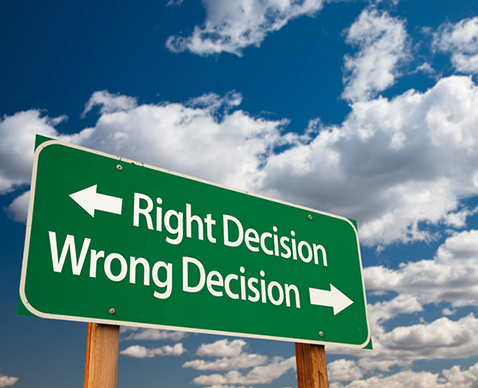 Jocko Willink: Life is All Based On The Decisions That YOU Make. So Live a Good One