These have 2 major functions:

The SIEM has access to all of the pieces of the puzzle and performs an activity known as log correlation to recognise combinations of activity that may indicate a security incident.
For example:

As you can see from this a pattern of suspicious activity emerges.

There are a number of tasks you need to do to get your SIEM working properly.

This takes monitoring to the next level. Instead of reviewing past logs, it monitors the logs in real time and can take action in response to suspicious events.

3 Characteristics of a continuous monitoring approach 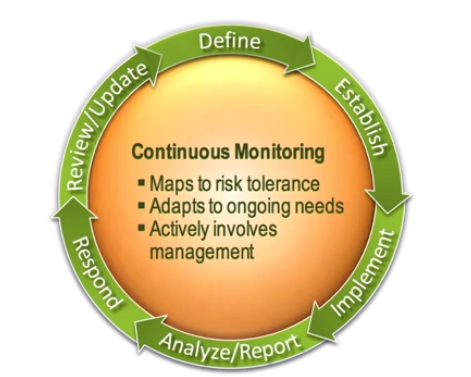 6 Steps of the continuous monitoring process

Anomaly Analysis:  looks for data points that stand out from the rest of the data as clear outliers. EG: a large spike in bandwidth utilisation over a period of time
Trend Analysis:  looks for changes over time. EG: increase/decrease in the number of accounts that have been compromised. This could warrant an investigation
Behavioural Analysis:  this looks at the activity of users and identifies suspicious actions. EG: monitoring when users log into the system (maybe between 8am -5pm) , and then it would report if users are logging in at 3am
Availability Analysis: monitors system status and detects periods of downtime

Example of DLP in use

Spirion is a type of DLP that the tutor does an example with in a video:

This option offloads the burden of managing a DLP to a third party cloud hosted solution.

Network administrators need to restrict network access to authorised users only and ensure that users have access to only the resources they need.

NAC technology intercepts network traffic coming from devices that connect to a wired or wireless network and verifies that system and user are authorised to connect to the network before allowing them communicate with other systems.

Once the authenticator learns the identity of the user it can make a decision about where to place the user on the network based on policies (EG: put them on the staff or student VLAN).

Posture checking ensures that client devices connecting to the network comply with the organisations security policy. This checks things like:

Secure Mail Gateways sit between email users and the internet. They serve as SMTP relay server for external mail coming into the organisation. Mail hits the Secure Mail Gateway first, then gets relayed on to the mail server. the same thing happens for internal mail going out. 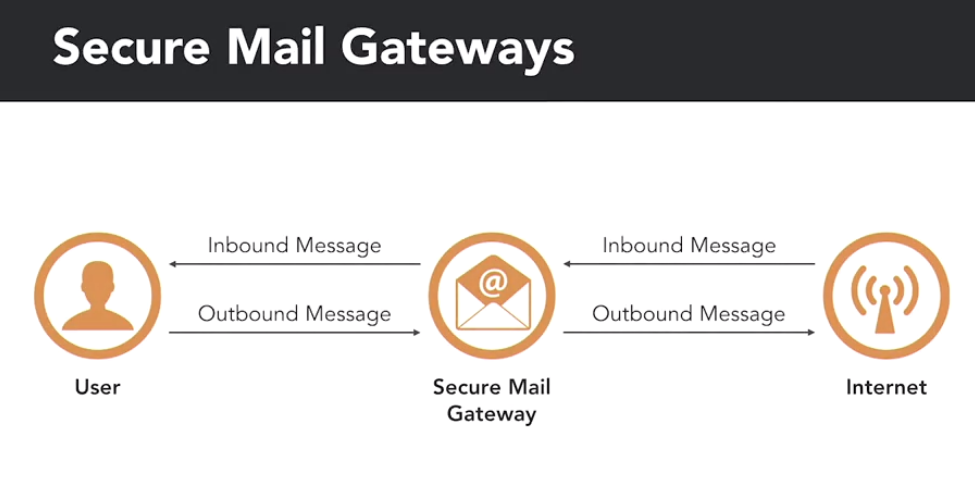 This position on the network allows the gateway to intercept and scan messages before passing them on. When a gateway scans a message it may be do one of 4 options:

How does the gateway make decisions?

Secure Email Gateways can be cloud based or on premise.

Erasing files from a disk does not completely remove the data they contain. It leaves remnants that may be accessible using special tools. Data Sanatisation corrects this problem by completely removing data from devices.

How Data is Stored on a Disk

When you store a file on a disk the operating system may store pieces of it in different physical locations on the drive. These locations are based on what space is available on the disk at the time. The operating system needs some way to pull this all back together and present it to you in its original form. It does this by using file system information known as metadata. This includes information about the file such as: 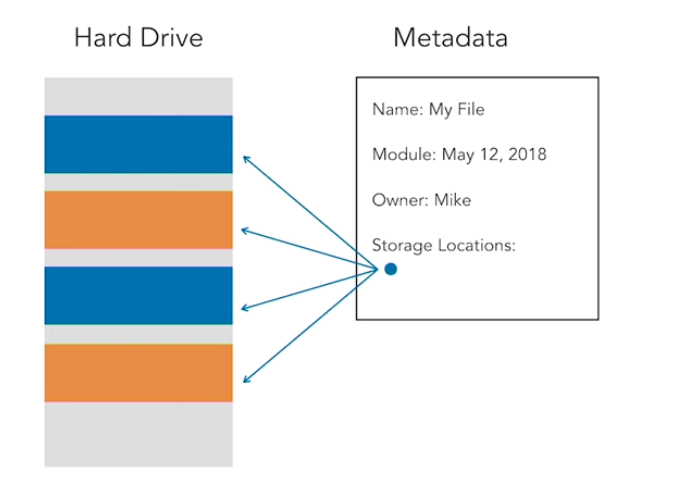 When you delete the file the operating system simply removes the table entry relating to that file so that it no longer appears in directory listings and the storage space is available for use by other files. If you then threw away that disk someone would be able to look at the raw data and reassemble the contents of the file.

This goes a step further than simply removing the files metadata. These programs overwrite each location on the disk where data was stored with ones, zeros, or random information. The obliterates the information that was stored on the disk so it cant be reconstructed.

EXAM TIPS: Multiple overwrites are not necessary with modern hard drives. A single overwrite will suffice. Some older documentation still says you need to do it multiple times

Steganography is the process of hiding information within another file, so it is not visible to the naked eye. It is a valuable communication secrecy tool. Its like the digital form of invisible ink.

One of the most common techniques is hiding text within an image file. High resolution image files contain millions of pixels. A 30 megapixel image has 30 million individual pixels. These pixels can be used as a hiding space for information. If you change the shade of a couple of thousand of those pixels, just very slightly, you could hide some text in the image. This would not be visible to the human eye but the text could be retrieved using special software.

“Quick Stego” is a program that can be used to embed text in an image and it is hidden from the naked eye. This software will also retrieve the text.