A network can be split up into different security zones. typically a boarder firewall will have 3 interfaces connecting to these different zones: 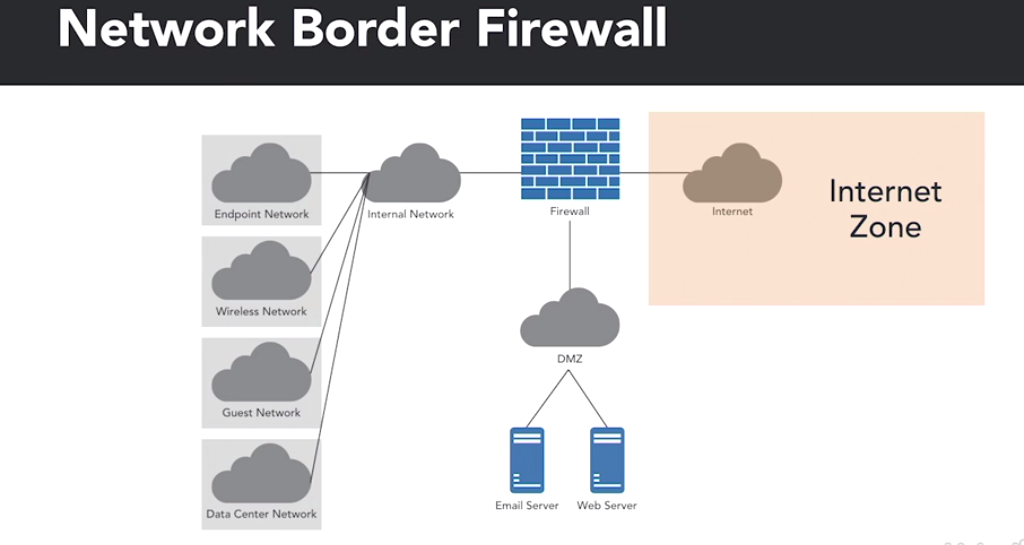 These are non standard networks setup in some organisations.

NOTE: there was more in IP addressing in section: 2.1 TCP/IP

These are assigned by a central authority and are routable over the internet.

This is hte central authority that distributes large blocks of addresses to regional authorities for distribution.

There are no large blocks available today. There are only 4.3 billion possible addresses in the IPv4 range

These ranges are available for anyone to use but they are not routable over the internet.

Organisations generally have a mix of public and private IP addresses. 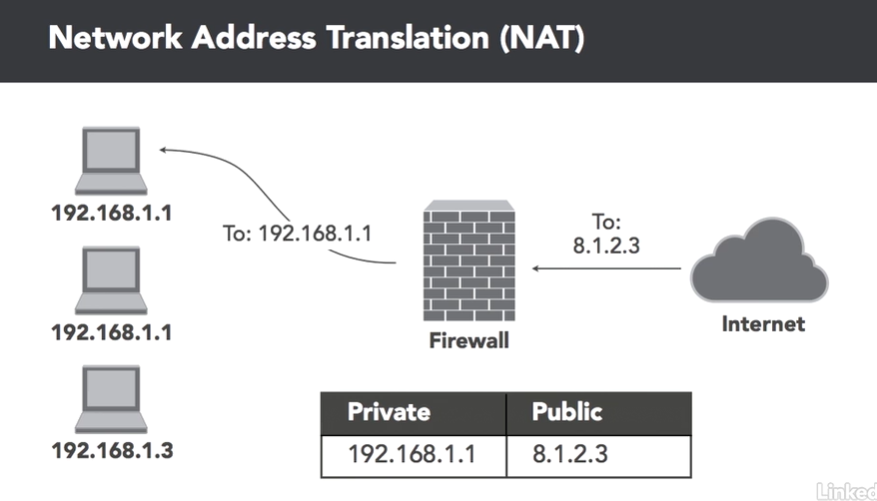 The issue with NAT is it requires a public IP for every private IP accessing the internet. This is good for services like web and mail servers which need dedicated IPs, but over the top for most clients. PAT fixes this issue.

PAT allows multiple systems to share the same public IP address. Instead of assigning a public IP address to each device accessing the internet, it assigns a unique port number to each communication. 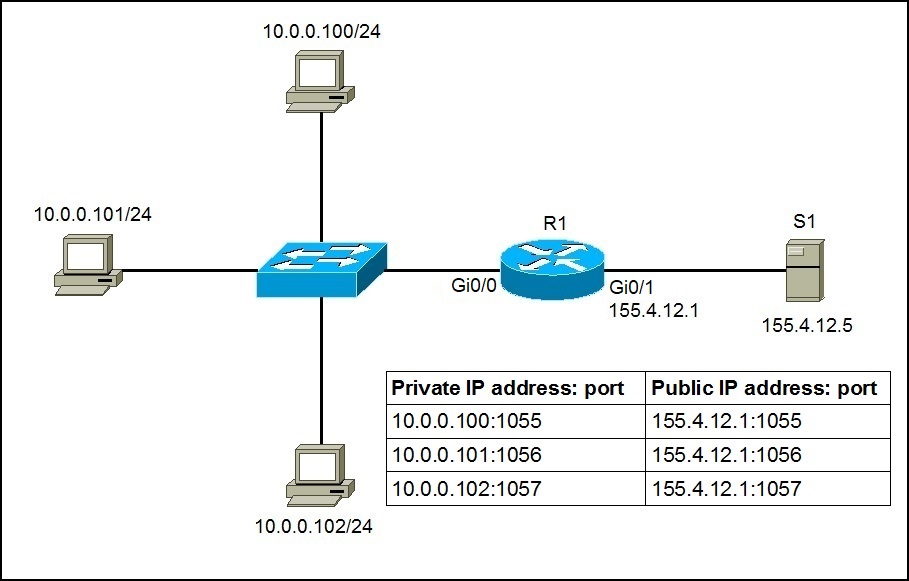 Subnetting is the process of dividing a large network into 2 or more smaller networks. This increases routing efficiency, enhances security, and reduces the size of broadcast domain.

The subnet mask is used to divide the IP address into 2 parts: 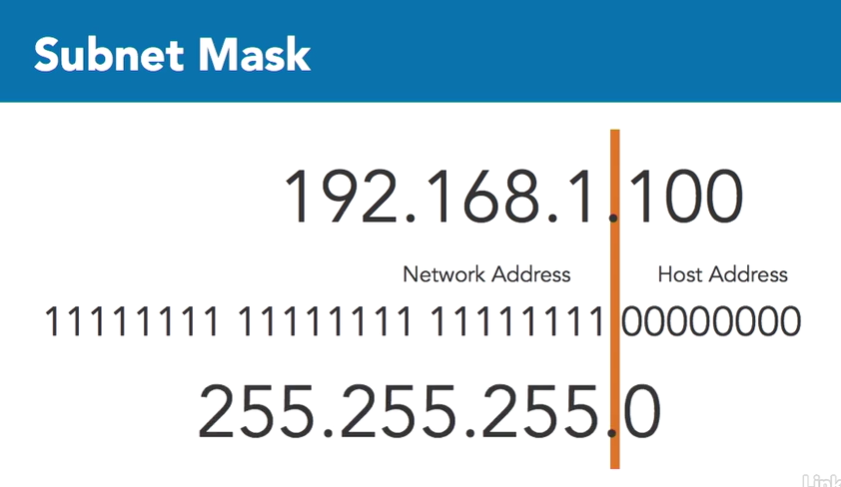 VLANs allow us to separate systems on a network into logical groups based on function, regardless of physical location.

Devices on the same VLAN can communicate directly with each other, as if they are on the same switch. This is done using Layer 2 without involving routers or firewalls.

Improved security: Using VLANs improves security by reducing both internal and external threats. Internally, separating users improves security and privacy by ensuring that users can only access the networks that apply to their responsibilities. External threats are also minimized. If an outside attacker is able to gain access to one VLAN, they’ll be contained to that network by the boundaries and controls you have in place to segment it from your others.

For more on VLANs and their benefits see: https://www.summitir.com/2017/08/30/vlans-types-benefits/

SDN makes the network programmable. Developers write code to make network changes. EG: if a program needs more bandwith, it can reach out and reconfigure the network to provide more bandwith. It can then release it when the bandwidth is no longer required.

This is a network security technique that is useful when users of the network do not trust each other and are not trusted themselves.

Port isolation restricts traffic from a source port to a single destination. EG: this could be setup so that a device connected to a port on a switch can only communicate with the uplink on the switch, not other ports that have devices connected. This prevents the devices on the same switch from communicating with each other. A use case for this may be in a hotel. Each guest can connect to the switch and get internet access, but they cannot communicate with other guests connected to the switch.

This typically not effective in a corporate network.