We still need to prevent imposters. How do you know that the person sending us their public key really is who they claim to be?
There are three basic ways that we can obtain this assurance.

For these reasons the WOT never really took off outside of the technical community.

The PKI solves many of the practical issues associated with the web of trust by introducing the concept of certificate authorities. Instead of relying upon the peer-to-peer trust relationships, the public key infrastructure relies upon the trusts that participants have in highly trusted centralised service providers. These providers, known as certificate authorities(CA’s), form the basis of the public key infrastructure.

Digital certificates are the identity card of the digital world

A hash function is a one-way function that transforms a variable length input into a unique, fixed-length output.

One Way Functions: cant be reversed. If you have content, you can use a hash function to calculate the hash value of that content, but you can’t go the other way around. If you have a hash value, you can’t use it to figure out the original content unless you already have a copy of that text.
Variable length input into fixed length output: That simply means that you can send input of any length to a hash function, and the hashes that it produces will always be the same length. Input 2 words or an entire book, and the output will be the same length.
Unique output: Hash functions produce unique output. You should not be able to find two different inputs that produce the same hash value as output.

For a hash function to be effective, it must meet all of the criteria above

How Hash Functions May Fail

EXAM TIP: you should be familiar with these hash functions

Created by NIST as a government standard

Some academic researchers do not trust the SHA algorithms because of their origins within the US government, and specifically the involvement of the National Security Agency in the creation of the SHA-1 and SHA-2 algorithms. A group of Belgian researchers developed an alternative known as RIPEMD.

There are websites available that will allow you to calculate a hash online. An example of one of these is: https://xorbin.com/tools/sha256-hash-calculator

HMAC combines symmetric cryptography with hashes to provide authentication and integrity for messages. When using HMAC, the sender of a message provides a secret key that is used in conjunction with the hash function to create a message authentication code. The recipient of the message can then repeat the process with the same secret key to verify the authenticity and integrity of the message.

1. Authentication: the person owning the public key used to sign the message is actually the person who created the message
2. Integrity: the message was not altered after being signed
3. Non-repudiation: the recipient could prove these facts to a third party

Digital Signatures Depend on

1. Collision resistant hash functions (any 2 inputs wont produce the same output)
2. Asymmetric cryptography: anything encrypted with one key from an asymmetric key pair, may only be decrypted with the other key from that same pair.

In other areas of encryption you use public keys to encrypt data and private keys to decrypt them. That’s because we were trying to create messages that only someone with a private key could read. In the case of digital signatures, we reverse this, and use the private key for encryption and the public key for decryption. That’s because our goal is different. We don’t want to create a secret message, but rather we want to create a message that could only have been created by a specific person who possesses the private key and can then be verified by anyone with a corresponding public key.

The Digital Signature Standard is a US Federal government standard for appropriate digital signature algorithms and is published by the National Institute for Standards in Technologist, NIST. The current version of the standard came out in 2013. It’s published as a Federal Information Processing Standard or FIPS number 186-4. It is a 100 plus page document.

The Digital Signature Standard supports three different digital signature algorithms for use in the US government.

All three of these algorithms are considered secure and acceptable for use in creating and verifying digital signatures.

Example of creating a certificate

This example is on A Linux system using openssl:

2 Methods of revoking a certificate

In the traditional OCPS protocol, when a user visits a website and initiates a secure connection, the website sends its certificate to the end user who would normally then be responsible for contacting the OCSP server to verify the certificate’s validity.

In Certificate Stapling, the web server contacts the OCSP server itself and receives a signed and time stamped response from the OCSP server, which it then attaches or staples to the digital certificate. When the web server receives a request from an end user, it then sends that user the certificate with the stapled OCSP response. The user’s browser then verifies that the certificate is authentic and also validates that the stapled OCSP response is genuine and recent.

These certificates aren’t trusted by the outside world because they’re not signed by a trusted certificate authority, but they can be used for internal purposes. They configure systems throughout the organisation to trust the internal CA. They can then use this internal CA to issue their own certificates for free for internal websites and other uses. 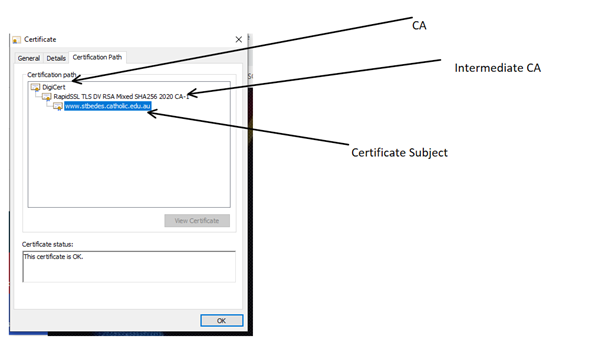 Another reason to use certificate chaining is to allow the use of offline certificate authorities. The root certificate of a CA is a very sensitive object. Therefore, the private key associated with a certificate is normally not kept on a system that is connected to a network. Instead, it is stored in an offline CA that is only used to sign the certificates of online intermediate CAs belonging to the same organisation. These online CAs are then used to actually issue certificates to customers.

In the following certificate you can see that the Intermediate CA is DigiCert, but the Root CA is also DigiCert. This means that the Root CA DigiCert is probably offline. This reduces the possibility of the Root CA server being hacked. 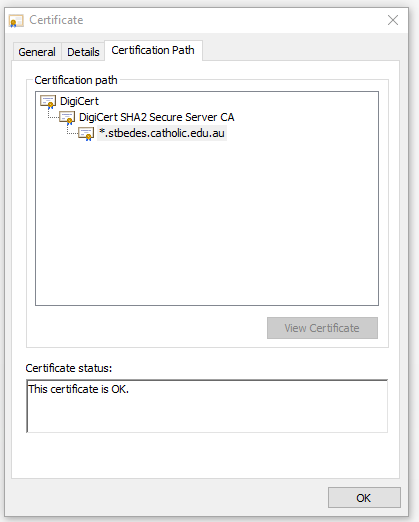 You can view the trusted certificates on your computer and look at the Object Identifiers (OIDs) or properties. These contain things like: Subject, Signature Algorithms, Public key algorithms, extensions etc…. 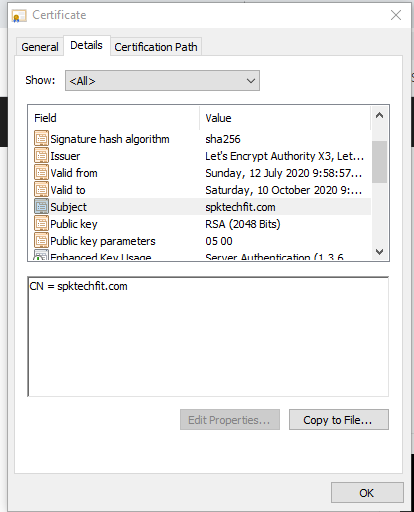 EXAM TIP: you may get questions that ask OIDs. Be sure that you recognise what they are.

– Servers: web, SSH, file, mail etc…
– Devices: SANs, routers, switches, VPNs, access points
– Individuals: names, email addresses
In each of these cases, the purpose of the digital certificate remains the same, to securely associate a public key with an entity, be it a server, an individual or a device.

Certificate pinning is a technology that tells users of certificates that they should not expect a certificate to change over time. When a user receives a certificate from a certificate subject, they’re also told to remember or pin that certificate for an extended period and report any changes to the certificate as a potential security issue.

These match a domain and can cover many different subjects. Therefore they should be carefully secured. You can recognise a wildcard certificate by the asterisk * in the name. EG: *.linkedin.com
The asterisk indicates that the certificate may be used for any subject name ending in linkedin.com.

Digital certificates come in a wide variety of different formats, both binary and text based. 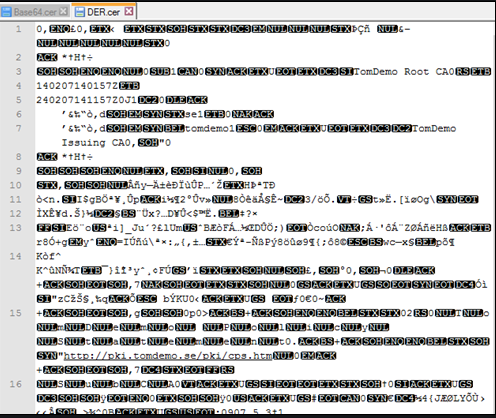 The name comes from an older email standard that is no longer used. But certificated format from that standard is still used today. 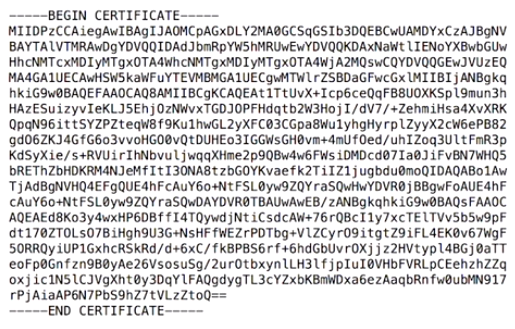 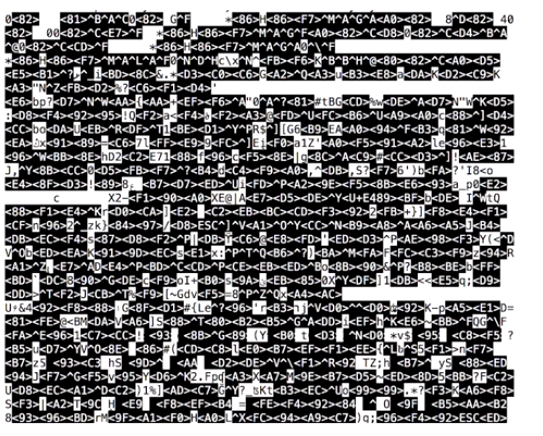